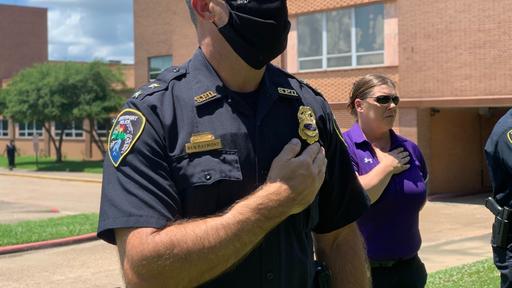 For the first time since the start of the coronavirus pandemic Shreveport Mayor Adrian Perkins and Police Chief Ben Raymond went knocking on doors Tuesday in the Southern Hills neighborhood. Concerns about violent crime brought them to a specific neighborhood.

“Councilman Flurry reached out to us. He said, ‘Hey I’ve been hearing some complaints in certain neighborhoods. Would you walk through Southern Hills with us?’ We said absolutely,” Perkins said.

Johnny Cupley has lived in the neighborhood around 40 years, and he said he has heard and seen a lot.

“Friday two weeks ago, I think it was… there was a gun fight,” said Cupley. “I believe it’s where the neighbors said up on the cul-de-sac.”

That is an occurrence that other residents brought up as well. Cupley hopes they stay consistent with their presence in the area