News WeekOcean Club Party
Home News “This child endured so much neglect and violence”, 5-year-old boy whose body was... 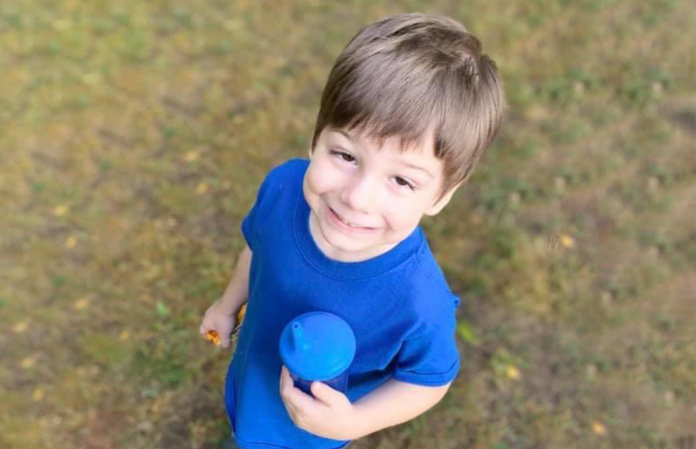 According to the court documents, the 5-year-old boy from New Hampshire whose remains were found last month in a wooded area off of a Massachusetts road died from abuse and neglect. Authorities have ruled his death a homicide. Prosecutors said the 5-year-old boy died from abuse and neglect, acute fentanyl intoxication, malnourishment and scalp injuries.

Prosecutors said the 5-year-old boys’, Elijah Lewis, were found on Oct. 23. Police said the remains were found in a wooded area off a Massachusetts road. Law enforcement authorities had been looking for him since Oct. 14, although investigators have said they believe the boy hadn’t been seen for about a month before police learned he was missing.

His 35-year-old mother, Danielle Dauphinais, and her 30-year-old boyfriend, Joseph Stapf, are being held without bail on charges of witness tampering and child endangerment. Both suspects were arrested in New York on Oct. 17. Dauphinais has five children in addition to Elijah.

Prosecutors said that an autopsy determined there was a certain level of fentanyl in the boy’s system and the investigation will determine how he came to ingest the fentanyl.

Senior Assistant Attorney General Morrell said: “The results were shocking and sad. Beyond sad that this child endured so much neglect and violence and that nobody intervened during the time he was being injured.”

According to reports, the 35-year-old mother had texted a friend about Elijah, saying she wanted him gone and comparing him to serial killers. The messages between the mother and Wolfe started when the responded to a Snapchat post in which Wolfe was discussing her teenage son’s behavioral issues:

Wolfe: OMG I’m so sorry. Unfortunately it will probably get worse because I have had issues with him being violent & nasty since a toddler

Dauphinais: Oh I figured. I call him the next Ted Bundy and Jeffery Dahmer. It’s so sad but I have no connection with this child. His father took him at the age of one and never returned him until last may 2020. He’s been getting worse and worse. I want him gone. I can’t handle it anymore.

Dauphinais: Even dcyf was involved and they told me I can’t do [expletive] without his father’s concent. It’s been a [expletive] nightmare that I can’t wake up from. It’s so damn sad and I’m so sorry you’re going through this too. Ugh why us??? Is it because we were assholes as kids and it’s payback? Like I don’t get it.