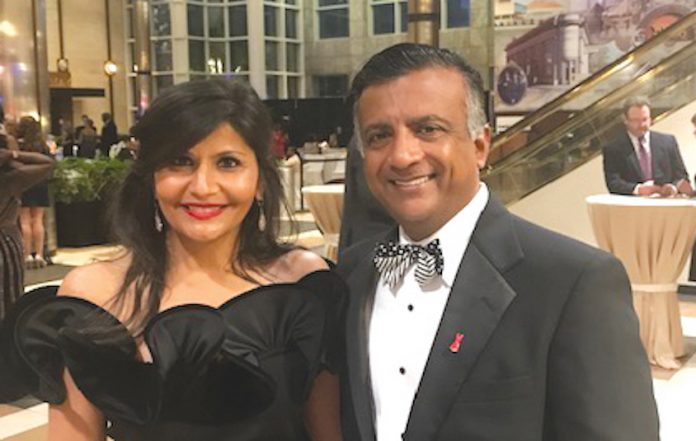 The unfortunate woman said that her 53-year-old husband, a well-known cardiologist for Cape Fear Heart Associates, died after a routine procedure in 2020. She is now urging the NCDB to consider making changes to the way sedation dentistry is performed. An anesthesiologist or certified registered nurse anesthetist must be present when patients are put under anesthesia for medical procedures in case something goes wrong. Unfortunately, that safeguard is not in place for dentists or oral surgeons.

According to Shita Patel, her husband, Dr. Henry Patel, was reportedly put under anesthesia on July 30, 2020, for a dental implant and never regained consciousness.

Shital Patel said: “I never thought I would go into a dental office and come back a widow. Who has to do that at age 47? But I would never even see him speak or open his eyes again.”

According to reports, an anesthesiologist or certified registered nurse anesthetist must be present when patients are put under anesthesia for medical procedures in case something goes wrong.

Unfortunately, that safeguard is not in place for dentists or oral surgeons. The woman from North Carolina claims the lack of a CRNA in the room cost her husband his life.

Shita was reportedly waiting in the lobby and couldn’t understand why a procedure that was supposed to take just 20 or 30 minutes had been taking much longer.

When she went to ask about the delay for the third time, she realized something had gone horribly wrong.

Authorities revealed that the oral surgeon tried and failed to place an endotracheal tube and didn’t even attempt CPR, according to reports.

The responding paramedics were finally able to regain a pulse, but he was brain dead after having been deprived of oxygen so long.

Unfortunately, Henry’s family took him off life support after several agonizing days in the hospital.

According to reports, Henry’s medical partner filed a complaint with the dental board. His friends and family are working to change the way anesthesia is performed in dental offices across the state.

Shita also said: “If you are going to do deep sedation, and we are not saying you shouldn’t do it, all we are saying is have a CRNA or anesthesiologist present.

Because you as an oral surgeon or anybody in the field cannot be paying attention to what you are doing, important work inside a patient’s mouth, and monitoring the numbers, and looking out for vital signs.

Requiring trained personnel to be present during dental anesthesia would come at a significant cost that would either have to be absorbed by dental providers or passed along to patients.

In a public hearing Thursday (Feb. 10, 2022), the North Carolina State Board of Dental Examiners heard arguments on both sides of the amendment that would require dentists to have a person licensed in anesthesia alongside them during procedures.

The board stated that there have been six deaths following complications related to anesthesia in dental offices since 2014.

Henry was a brilliant and skilled EP cardiologist, his obituary page says. He was a gifted physician and educator who was dedicated to the practice of medicine and a valued colleague to all. What truly made him special were the qualities he possessed that you can not teach – his kindness, caring, compassion, empathy, and generosity.