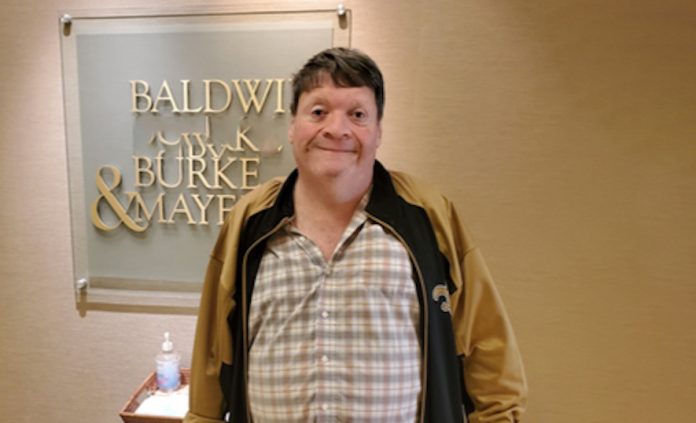 According to the court documents, the 45-year-old defendant was sentenced to 20 years in prison. Prosecutors said the woman pleaded guilty to posing as an attorney and looting an autistic man’s $2 million trust fund. She allegedly used the stolen money for vacations, hosting parties, and buying clothing and other luxury items for her own personal use. Prosecutors said that the woman completely drained all of the cash from the trust fund.

The 45-year-old woman from New Orleans, Kristina Galjour, pleaded guilty on Monday. Prosecutors said the woman pleaded guilty to theft valued at more than $25,000 and three counts of practicing law without a license after she defrauded an adult autistic man whose parents had just died, according to reports.

The 59-year-old victim, Lawrence Mopsik, lost both his parents in 2015, leaving him millions of dollars and a home in New Orleans. The trust was being administered by Legacy Law Center, a planning firm where the defendant worked.

The 45-year-old woman first identified herself to the autistic man as a lawyer despite not being licensed to practice. She gained the unsuspecting man’s trust and convinced him to give her power of attorney.

Kristina purchased a Jaguar in the victim’s name, although he never drove it. She also used the money for vacations, hosting parties, and buying clothing and other luxury items for her own personal use. Prosecutors said that the woman completely drained all of the cash from the trust fund.

According to reports, the 45-year-old defendant also convinced the autistic man to sign his home over to her in 2017 after she told him a group of neighbors was trying to kick him out and have him sent to a mental institution. She told him signing over the house to her was the only way to prevent this.

The 45-year-old woman was arrested in Dec. 2019 and charged with fraud and license raps, theft, laundering money in an amount greater than $100,000, exploitation of the infirm, three counts of bank fraud and two other counts of theft.

According to the court documents, the woman was ordered to pay restitution to all of her victims, including $1.3 million to the autistic man.

Neighbors and supporters rallied to help the autistic man, and have started a GoFundMe Page to help the man restart his life and cover the cost of his care. There is also a legal effort to overturn the donation of his family home.