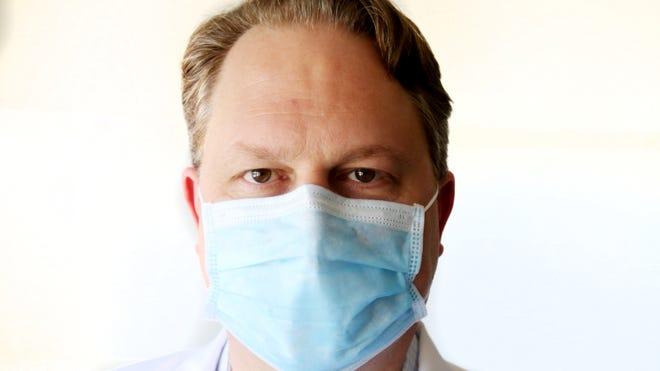 What started with Bill Lynn having headaches, a fever and not feeling good, ended with him lying in a hospital room on the COVID floor at Willis-Knighton North hospital in Shreveport back in September.

“I was in ICU for six or seven days,” Lynn said. “I was on the COVID floor for a week, which is terrible. It was horrible. I wouldn’t wish it on my worst enemy.”

As temperatures decrease with colder weather, the number of COVID-19 cases in Louisiana and around the United States are increasing. For those who might think contracting COVID-19 is not a big deal, Lynn can tell you otherwise.

He says since leaving the hospital in September he has gotten better “every day.” Those weeks in late August and September, though, showed him strong COVID-19 can be.

In August, he went to visit his daughter and granddaughter in Hammond. His daughter works as a physical therapist in a hospital. On the Monday after Lynn’s weekend visit, he received a call from his daughter. She had tested positive for COVID-19.

It wasn’t long after that Lynn began having headaches. He ran a fever. And he wasn’t feeling good.

“I went to a local Quick Care place and they tested me and gave me a shot of Celestone and a Z-Pak and said, ‘We’ll let you know what the outcome is,”’ he said. “‘We don’t know if it’s just a sinus infection or if you’ve got COVID, but we’ll let you know.”’

Lynn said he began feeling better with the Celestone and Z-Pack. But the next Friday, he was informed he had tested positive for COVID-19.

He was coughing, running fever and losing oxygen. At the hospital, he was tested again.

Lynn, who will turn 68 in December, had pneumonia in the past. Because of the previous experience, he had scar tissue that may have made him more susceptible to COVID pneumonia.

He was receiving high doses of oxygen at the hospital. If his condition worsened, he said he would have been placed on a ventilator.

“I didn’t want to be on it,” he said. “I told them that. They said if I had gotten any worse, they would have put me on a ventilator.”

He didn’t require a ventilator. But his situation was so precarious that doctors told his family the only thing to do was go home and pray.

“You can imagine that didn’t go over well with my wife,” he said. “Obviously prayed enough. God probably said, ‘Just not your time right now. You’ve got a little more to live so go out and do something with it.”