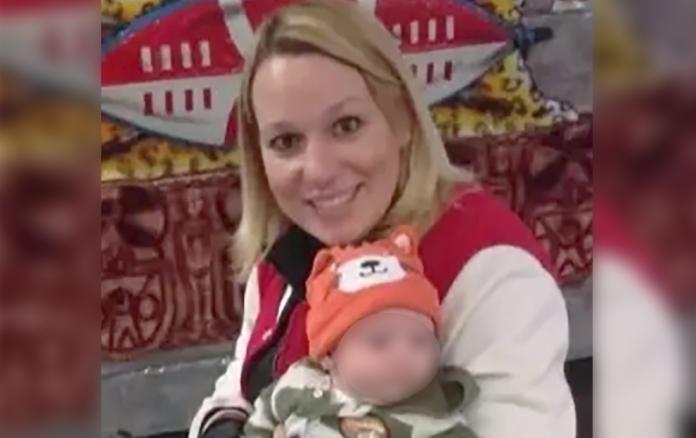 A doting mother died of Covid-19 less than a month after welcoming her fourth child. The 37-year-old mom contracted the Coronavirus in December that hit her hard very fast. She passed away on January 12 after suffering from complications related to pneumonia. It remains unclear if the mom-of-four was vaccinated or not.

On Dec. 24, the 37-year-old mother from New Jersey, Michelle Stani, welcomed her son Jayden according to her partner Frank Allen, who posted the information on Facebook. Unfortunately, Michelle died before getting the chance to hold her newborn baby.

“Her partner had taken a picture of the baby and showed it to her, but that’s all she got,” Michelle Stani’s aunt Tina said. “It tore her up. She literally texted me that she was heartbroken, that she wished she could hold her baby. That’s all she wanted.” Michelle passed away on January 12 at Robert Wood Johnson University Hospital after suffering from complications related to pneumonia. It remains unclear if the mom-of-four was vaccinated or not.

“I don’t know, she was pregnant for almost two years,” said Tina referring to the late mom’s third child, an 11-month-old girl named Jordan. “I would love to say one way or the other, but I don’t know.” Back in August, the Centers for Disease Control and Prevention announced that Covid-19 vaccines were both safe and effective for pregnant people.

A GoFundMe Page was created to raise money for the Bridgewater resident’s family, who died three weeks after giving birth. The fundraiser page describes the mom as “a beautiful soul.” The money raised from the effort will help cover the cost of education and childcare of her “beautiful children: Samantha, 19, Noah, 4, Jordan, 11 months, and Jayden, 3 weeks.”

“I don’t think reality has set in for her yet,” said Tina of Michelle’s 19-year-old daughter Samantha. “They were very, very close. Samantha said yesterday that her mother was not just her mother, but so much more.”

Michelle, who was “an advocate for education” had recently graduated from Rutgers University with a master’s degree in education, according to reports. “I believe she would want nothing more than her children to have a college education,” said Tina of Michelle who grew up in Somerset.

“The fact that she was pregnant, had a rambunctious 4-year-old at home and still got her master’s degree, I would think you would be in awe of her,” said her aunt. “She did it all and worked full-time,” she noted, adding, Michelle was a hard-working mother, who was “vivacious and strong-willed and determined and disciplined.”

“She was a loving mother and devoted her life to raising her children,” read her obituary, according to reports. “She enjoyed having deep conversations, but could also be lighthearted and loved to make people laugh. Michelle was a strong, independent woman with a soft heart and a beautiful soul. She was the kind of person that if you met once, you would never forget her.”