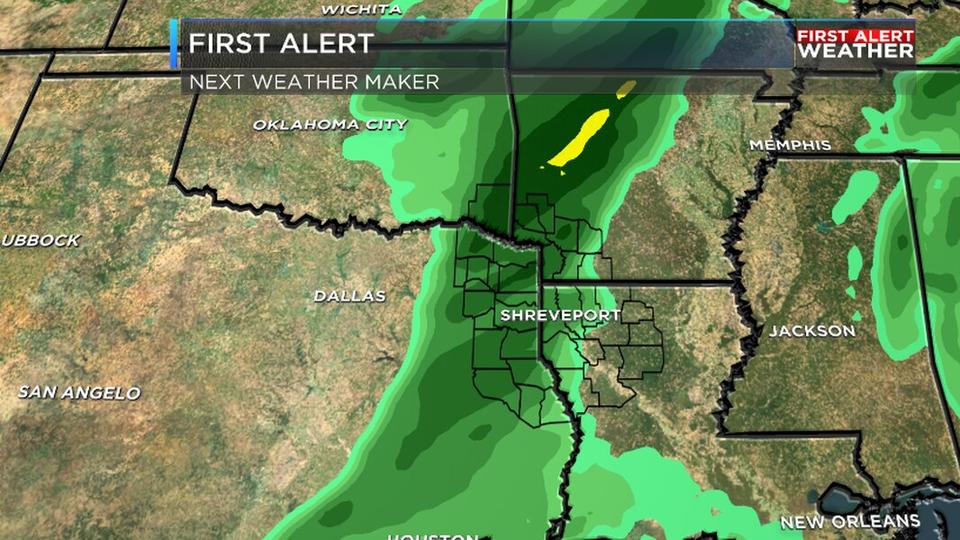 Good morning and happy Tuesday! We are tracking two cold fronts over the next week that will be impacting the region and bringing a couple of chances for rain. The first opportunity for additional wet weather will come today as a cold front will be slowly pushing through the region. Behind the front will only be a modest drop in temperatures with highs in the mid 70s for the rest of the week. That would mean highs would still be above average even behind the cold front. There is another cold front on the way this weekend that could bring a more noticeable drop in temperatures heading into next week. In the tropics we continue to keep a close eye on Tropical Storm Eta as it churns in the Gulf, but dry air is expected to limit its potential for much further strengthening over the next few days.

So as you get ready to head out the door this morning it is probably a good idea to grab an umbrella as you head out the door. This is due to the fact that we are tracking a cold front that will be slowly moving through the region later on today. Temperatures out ahead of the front will still be very much on the warm side with highs in Northwest Louisiana reaching into the low 80s. But as the front pushes through we will see some scattered showers along with a change in wind direction that will cool as down somewhat.

Moving through the rest of the week we are expecting relatively tranquil conditions ahead for the ArkLaTex. Temperatures for the rest of the week will be in the mid 70s, but this will still be above average for this time of year. You should also expect a decent amount of sunshine for the ArkLaTex as well. So pleasant weather will be the story for the second half of the work week for the region.

Looking ahead to your weekend forecast we are expecting the return of some unsettled weather to the region. We are tracking a disturbance that will be bringing some rainfall out ahead of a cold front on Saturday that could dampen some of your plans for the weekend. Temperatures will still be warm and Sunday could be even warmer with highs approaching the 80s mark. But late Sunday and into Monday we are expecting much cooler air to rush into the ArkLaTex that could get out temperatures back below average for the first time in awhile.

In the meantime, grab the umbrellas today, but prepare to use sunglasses the rest of the week! Have a great Tuesday!

Cold and rainy Wednesday in Shreveport

Storms clear out, but more rain on the way

Dry and warm through Saturday, a chance of rain returns with a cold front Sunday