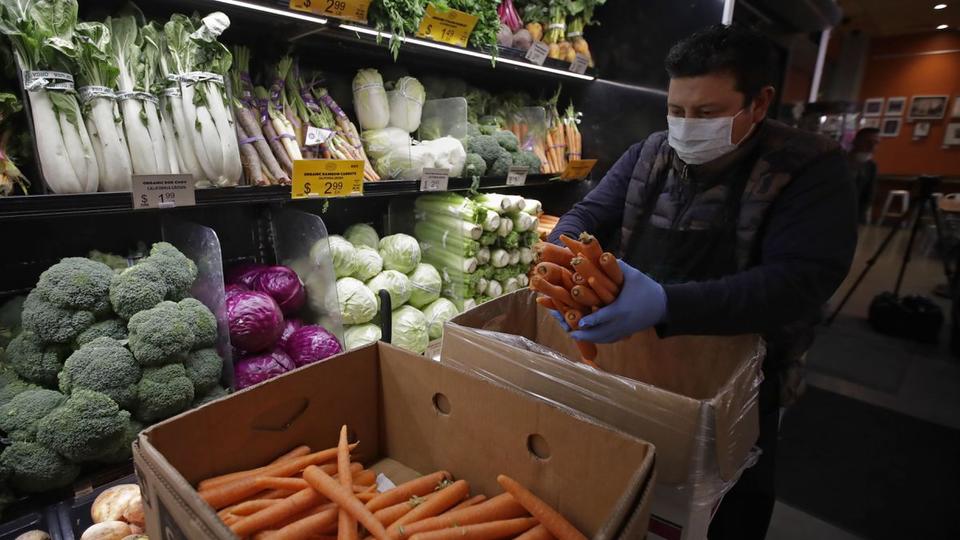 Millions of Americans are making extra stops at their grocery store ahead of the Thanksgiving holiday. As grocery stores get busier, they can also be a source of anxiety for some shoppers. The CDC describes them as a location with a higher risk to contract the COVID-19 virus. That’s especially true in family-owned stores, for example, in lower-income areas. Those stores are often smaller and more crowded, often with longer wait times. “We don’t have the resources that corporations have. But what we got and the resources we have and the people we got, I think we’re doing good, like I said, overall,” said Youssef Helwani, manager of Cotten’s Grocery & Market in Shreveport. Those safety measures also include the installation of plexiglass separating cashiers from the customers, along with the same barrier at the meat counter. They are the very same barriers you often see these days inside a major grocery chain. Helwani says it all combines with other standard precautions, including repeated wiping, disinfecting surfaces and social distancing. “We have twenty employees and the owner and his family. Thank God, I mean, so far nobody got sick, nobody got COVID, so far. So, I think what we’re doing is working,” said Helwani. Health officials urge shoppers to avoid often-touched surfaces ranging from the handle of a shopping cart or basket handle to the electronic key pad that customers when paying with a debit or credit card. Shoppers, like Annette Hart, are also actively involved in fighting the virus. “I take my sanitizer, actually, everywhere I go. And as far as wiping down the carts, I try to make sure I wipe them down and whatever. And then afterwards, sanitize my hands all over again,” said Hart. With less space, the aisles are narrower making social distancing that much more of a challenge. Ultimately, contracting the virus at a grocery store depends on several factors, including where you shop, when you shop and who owns the store that you’re shopping at. The higher risk of contracting the COVID-19 virus leads to questions about the risks of sick customers handling fruits, vegetables, packaged items and shopping carts. Customers like Annette Hart don’t want to be too casual, or to go to the other extreme either. “I’m not paranoid or anything like that. I just try to keep safe, you know, because this is something that is spreading,” said Hart. Loyal customers at Cotten’s Grocery and Market say they know the risks, including shoppers like John Middleton of Shreveport. “All you can do now is just take the precautions they tell you and hope for the best,” said Middleton. Middleton says he rarely goes out these days and refuses to let fear dominate every aspect of his life. “No, it doesn’t really worry me because honestly they don’t really know what’s going on anyway. So, all you can do is take some of the precautions, clean your hands and stuff when you get out and that’s it,” said Middleton. Some of that advice includes: carrying your own wipes or using wipes provided by the store to disinfect the handles of the shopping cart.